“I am really a Hardwell fan and was scared to death when all of a sudden Skrillex appeared on my toast.”

Hammarica.com EDM News, Seattle – The DJ Mag Top 100 vote takes place each year. By many considered a popularity game, DJs still take to great measures to achieve a spot in the top 10.

The competition is fierce. Hardwell the current number one DJ is fighting hard to defend its position and urging fans to vote.

The stakes are high: when a DJ reaches or maintains a top 10 spot, it will translate to millions of dollars of income for that year.

Let us introduce you to Darlene-Anne Davis from Mississippi, a die hard EDM fan. Ever since 2012, she has been going to every rave organized in the South, and even made it to EDC Vegas last year.

Her friends notified her on the DJ Mag Top 100 vote back in August, but for some reason it slipped her mind. Just as she wanted to vote last Tuesday, she found out she was too late.

Depressed of her failure to cast a vote, she made breakfast.

As she took the toast out of the toaster, she came to a chilling discovery, a sighting of Skrillex seemed to appear on the piece of toast.

Darlene-Anne Davis: “I am really a Hardwell fan and was scared to death when all of a sudden Skrillex appeared on my toast. I’m afraid it has to do with my failure to support Hardwell. I must have angered the gods of dubstep and their wrath is now upon me. And more strange things have been happening my boyfriend advised not to speak out about.”

[Tweet “Did Skrillex appear on Darlene-Anne’s toast? And what does it mean? “] 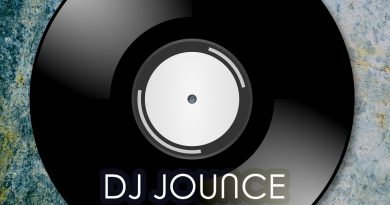 DJ JOUNCE – DO MY THING | OUT NOW ON HAMMARICA! Toni Costanzi is going to be HUGE!

November 8, 2020 BRHO STAFF Comments Off on Toni Costanzi is going to be HUGE!

Hailing from the beautiful Italy, Toni Costanzi has been on a mission to bring the world some unreal beats and

THIS IS ‘THE FUTURE SOUNDS OF IRELAND’

October 21, 2020 BRHO STAFF Comments Off on THIS IS ‘THE FUTURE SOUNDS OF IRELAND’
DEEP HOUSE NEW RELEASES Promoted Post

Listen To This: Flamboyant by Luca Draccar

August 8, 2020 BRHO STAFF Comments Off on Cheyne Christian teams up with Devon Marie to bring you his first full vocal song ‘Lights’